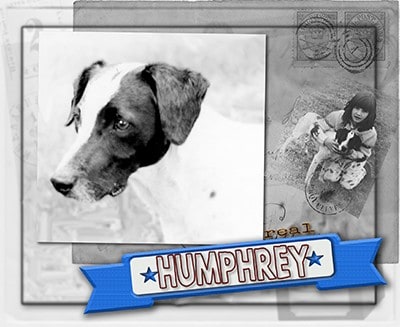 I like to attend an occasional Kennel Club show, not because I prefer purebreds but because I marvel at how people fuss over their canines. At a previous show, Paul and I spoke with a woman who feverishly backcombed the fur of a standard poodle.

“How long does it take to get him ready?” Paul asked.

“Including the bath? Three hours.” The black poodle, shaved to pom-pom perfection, ignored us and rested his head on a padded chin holder. With three hours of grooming, I’d also need a chin holder. And I’d never look as good.

Next to the dog’s grooming table was a cannon-sized hair dryer. It required its own stand with rolling wheels. While we continued to bombard the owner with inane comments, she applied “Grand Finale” hair spray to the dog’s head.

I pulled Paul’s arm to leave. When both owner and dog ignore you, it’s time to move on.

We headed to the display of styling products. If dogs had pockets to keep credit cards, they’d do some serious retail therapy. I scanned the shelves: Udderly Smooth, Ear-So-Fresh, Crisp Coat, Silk Texturizing Super Coat and Get-It-Straight. I purchased a bottle of Get-It-Straight for me, as well as several stainless steel spray containers. I hate when animals have better bathroom accessories.

After the tour of beauty products, we wandered past booths of doggy accessories, marveling at racks of vests, bandannas, pet wraps and a selection of what looked like colorful underwear called Bitch Britch, in three convenient sizes.

On our way out of the hall, I spotted a woman lathering her dog’s snout with shaving cream before dragging a razor carefully over its cheeks.

“Come on,” and I pulled my husband’s arm again. “This I’ve got to see.” On closer inspection, I realized the small dog had no fur. She looked like smooth chocolate, at least what I could detect under her baggy sweater (the dog’s sweater, not the owner’s). Now it was my turn to ask the questions.

“Do you shave her entire body?”

“No, just her whiskers,” said the woman. “The breed is a Xoloitzcuintle.”

“Mexican Hairless.” She pointed towards a pen with four equally hairless creatures, all wearing stylish sweaters. Instead of a hair dryer, her dogs require a wardrobe.

“Where do you find such great clothing?”

She turned to us with an audible sigh. “Honey, if you’ve got the money, you can find anything you want for your dog.” Paul wanted to keep asking questions: do they need sunscreen in the summer and how much does she pay for home heating because those were some naked puppies. We didn’t get the chance. It was show time for her and the rest of the non-sporting group.

I should have been impressed by these potential best in breeds. I wasn’t. The one thing missing in this assortment of purebred perfection was a real dog.

I grew up with a real dog, a Pointer/Dalmatian/Your Guess combo who howled outside our front door one winter night. My sister let him in, no one claimed him and he never left. Humphrey didn’t have a name with titles or descend from special lineage, yet he became a valued member of our home for a decade.

Besides his daily food, seasonal baths and annual vet visits, Humphrey’s needs were basic. If he rolled in something unpleasant, we bumped up his bath schedule. If pests bothered him, we treated him with Flea Bath for Dogs. He sure didn’t need a hair dryer. A few laps around the back yard did the trick, providing he didn’t find anything dead along his path to roll in again.

His skills? He had a flare for performance. He’d say “I want my mamma” when treats were dangled. Another skill: craftiness. At the sound of the garage door opening, which meant a parent had arrived home, he’d hightail it off their comfy bed and hurry to his own dog cushion. The telltale warm and hair-coated circular impression in the bedspread always betrayed him.

Finally, he had street smarts. He recognized the dog catcher’s boxy vehicle and knew to make a hasty retreat for home. Once I saw him gallop around our corner followed by the evil truck 50 feet behind. (We grew up in suburbia, before neighbors objected to free-roaming pooches.)

Who won the biggest trophy at that last dog show? Not sure. We never stayed to watch the final judging because all the dogs looked like winners.

But there’d be no contest if any were pitted against Humphrey. He was a real dog.