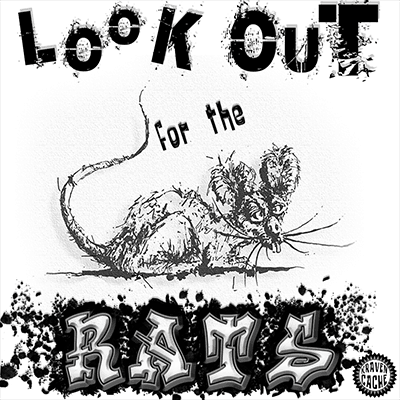 I discovered a few rats downtown, and last weekend I brought three of them home with me. They’re not real rats (or married people who pocket their wedding rings when going for a drink after work), but art rats.

A nearby gallery recently held a one-year anniversary and celebrated by selling donated art to raise money for the artist-run shows.

The gallery showcased a roomful of rodent-themed pieces designed from paint, ceramics, wire and needlepoint.

I’m not overly welcoming towards rats, unless they’re the cartoon or stuffed animal variety. But I do like to support our determined artists.

It takes exceptional people to bare themselves for public critique. And it takes courage to enter a creative field when there’s no guarantee of gain or glory. But try they must.

Besides, how many rat sculptures can you create and give to your mother before she stops accepting deliveries? Good thing we have our galleries.

It’s an indisputable fact – artists create because they must.

Why such admiration? Because I’m a left-brain thinker and can’t draw a convincing stick figure. I don’t even have a consistent signature when signing my name to the back of my ID and credit cards.

My first artistic foray most likely involved Popsicle sticks, gold glitter and glue that ended up everywhere except the target. Years later, my high school dalliance with textiles resulted in a crooked gingham apron that only a mother – the same one with rat ornaments lining her curio cabinet – could love.

I appreciate those who pilot a potter’s wheel or wield a welding rod. For that reason, I’ll continue to collect and cherish their creations.

Will I end up with a Banksy Girl with Balloon piece that sold for $1.4 million even though it was partially shredded at auction? Who cares. I buy art because I like it.

For our wedding, my sister gave us a sculpted piece, a weird little monster named Theobold who wears a turtleneck and holds a cup in his gnarly monster grip. I’m happy to say that the marriage has fared the storms of time better than Theobold.

Although I try to be careful, poor Theobold has been broken on four or five occasions. Last summer he fell off a ledge while I read in a chair several feet away.

Luckily, I’ve retained good gluing skills from kindergarten. As for any financial appreciation over the years, Theobold has too many missing pieces to ever increase in value, but I’ll never say good-bye to him.

Please, no one send me a Rodin sculpture for my next birthday – if my monster is jumping off his ledge, just imagine the trouble The Thinker will get into.

Hang on . . . now my new clay rats are starting to eye me with suspicion. Better buy more glue.

2 Replies to “Look Out For the Rats”