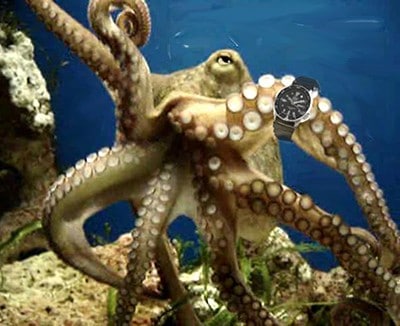 The announcer referred to the winner as an American hero. “The game is immaculate,” he said. “It’s the game of the people, and it’s the only game people are equipped to play from birth.”

The tools? A hand, a wrist and an arm. The game? Rock Paper Scissors. The competition? The USA Rock Paper Scissors League Championship, held in Las Vegas. The prize? A new car and $50,000. Not a bad payout, considering the limited body parts required.

I learned good advice while watching this on Secrets of the Masters. “Know your opponent, inside and out. Beginners are very predictable and they usually throw rock.” This is good info. Who knows when I might have to compete for that last slice of pizza.

Rock Paper Scissors isn’t new to me. I had a quick match with a friend. We’d been arguing over who would sit next to the cute brother on our drive home from a party. I should have thrown paper – her rock garnered the front seat with Cute Brother. My scissors sent me to the back with Octopus Boy.

An octopus in its marine landscape is an enchanting creature, less so when those probing tentacles are confined to a car. On that drive home, I wish I’d come equipped with an ink cloud to spray.

Apparently the game dates back to cave dwellers. It was simpler then, known as Rock Rock Rock. The game either resulted in a tie or death from exhaustion.

I took in some invaluable tidbits during this hour-long program. Here’s one: you can fold paper into a crane and it’s called origami, but you can’t fold a crane into paper. Here’s another: paper is money. Paper cuts hurt. I am paper. Wow, those people in Vegas are deep.

RPS could be called the great equalizer, especially when the woman with a 43 IQ beats the woman with a 172. There’s a common denominator in Vegas – cocktails. The audience was full of cheering people who gripped assorted bottles and glasses.

The mask wearers were the wise ones. I wouldn’t want others to know I was competing in an RPS tournament. Especially if I told people I was away on a humanitarian mission. With a mask, what happens in Vegas . . . you know the rest.

Some competitors were philosophical. One male master admitted to using an ancient Hindu technique known as Subliminal Advertising.

“When I face off against an opponent, I’ll pepper my speech with such phrases as, ‘Did you see the SCISSORS on that chick?’ or ‘that green hat of your really ROCKS,’ and 63% of the time, players will throw exactly what they heard.”

That technique I’ll use on my sweetheart: “Honey, did you see the DIRTY LAUNDRY on that woman?” Maybe that’ll encourage him to pick up his wet towel from the bathroom floor.

“Hey, get back here. I didn’t say FOLLOW her!” Some ancient techniques can’t be universally applied.

Three symbols, a world of possibilities. The most amazing aspect of the championship is that I watched it from start to finish.

I’ll be too busy practicing RPS to watch more TV. Never know when I might meet up with Octopus Boy again.

Audio story music
“Windows Rolled Down”
by
The 126ers