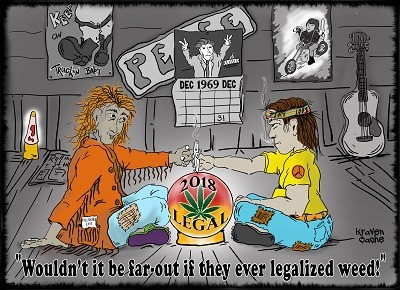 It’s the late 1990s and I’m seated in a restaurant with two people. Before we’ve even ordered our meal, one says to me, “I hope you don’t mind if we smoke.” The other person smiles and reaches for her own cigarette pack.

By the time the appetizers arrive, my eyes are burning and my nose is plugged. I know that in less than an hour I’ll have a full-blown headache.

Now, if the two people were my friends, they’d be considerate enough to go outside, or I’d be brave enough to ask them not to smoke at the table. Since both are my employers, I say nothing. If only, I think, I live long enough to see smoking banned in restaurants.

To my surprise and delight, my wish is granted in the 2000s. Between the Smoke-Free Environment Act and the Tobacco Act, I don’t have to suffer the wrath of other people’s second hand smoke in a myriad public places. No more gasping over my glass of wine or arriving home in clothes that reek.

My wishing didn’t stop at cigarette smoke. Let’s be blunt: I’m not old enough to claim hippie status. Yet I am old enough to know that I’d be laughed out of a Pink Floyd-infused party with the prediction that pot will be legal in Canada by 2018.

No matter how clairvoyant (or high) the prognosticator, legalized marijuana was a dream until recently. It’s not that I smoke – see above allergies – it’s that I’m appalled at how people have been arrested for possession of a few joints.

If a criminal record isn’t enough, this black mark prevented people from crossing borders. They had no choice besides pony up money to apply for a legal pardon and be patient as the process takes years. If only, I think again, I live long enough to see pot decriminalized.

Again my wish is granted! But . . . is legal weed good or bad news for our communities?  I’ve read reams of logical argument and support. If I make one prediction, it’s that the jury will be out for a long while. Toggling the benefits of creating new opportunities in the marijuana market and the challenges of figuring out how to monitor drivers who toke (merely two of the issues), these early days will be interesting.

Until then, I’m happy to enjoy a smoke-free meal in public and to know that recreational pot smokers won’t be demonized and criminalized.